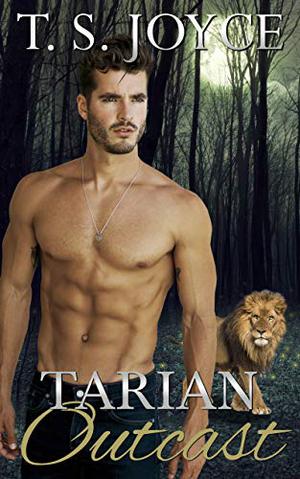 Katy Craigson is on the run. Not from anything too scary, because she is a safe girl and doesn’t do danger, but she’s running from a past that keeps trying to drag her under. All she needs is a week with her best friend in the mountains of Colorado for a week. But when an unlikely hero comes to her rescue, she’s sent on a path she never saw coming. For some reason she can’t stop thinking about Kannon, the sexy, quick-witted lion shifter. He’s explained that humans have no place around the Tarian Pride, but her heart isn’t listening. She’d almost given up on men, but he’s showing her just how good a man, or shifter, can be. The old Katy would’ve run from the danger that immerses his life, but the new Katy is up for a little adventure.

Human Katy has Kannon Killian’s full attention. That’s not good for her. The Tarians have a strict law against humans near the Pride. Humans are too breakable around these violent big cat shifters. Kannon’s lion is on the hunt though, and pushing him to do unspeakable things to keep the pretty girl who can make him laugh on a dime. And too bad he’s not the only one hunting her. Three lion shifters have interest in Human Katy, and for all drastically different reasons. She has no idea how much danger she’s in, and it’s entirely his fault. He should’ve never dragged her into the chaos of his life…but then again…he never really had a choice. The animal inside of him has chosen a girl who is too fragile for his Pride of war lions. Or is she?