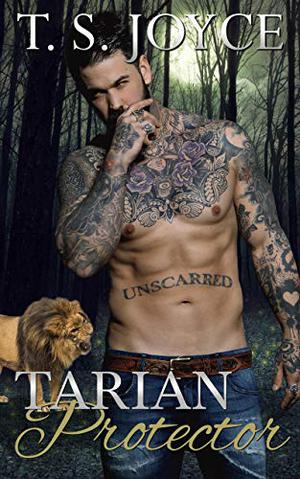 Sora Burge doesn’t have any fight in her anymore. After breaking the most important shifter law, she knows her fate is in the Tarian Pride’s hands. She’s counting down to the trial, but something is coming for her. Something she never thought possible. When Ford Owens, the man she used to love, shows up, she can’t believe what he’s become. Something killed the human in him, and now he’s a terrifying monster who will take on the entire Tarian Pride to keep her safe. But how safe is she, really? Because Ford doesn’t have any control over the animal he’s become.

Ford Owens had carved out a stable life in the mountains away from everyone. Work, eat, sleep, Change, Change, Change, hunt. But when a call from his past comes back to haunt him, he’ll have to venture out of his mountains and to the aid of a lioness he used to know. He’s not the man he was. In fact, he’s not a man at all anymore. And that first terrified look on Sora’s face says she knows he’s unsalvageable now. But if his mistakes are to mean anything, it has to be to help the girl he used to love.

Because she doesn’t know the dark deeds he’s done…but it was all for her.