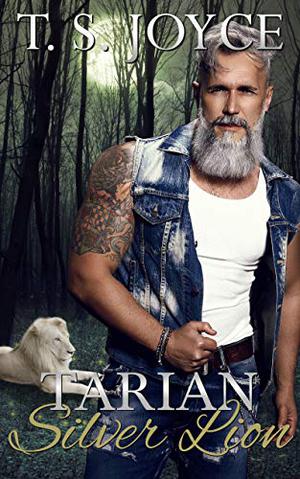 Talon Lawson is a runner. He’s been on the move to keep his daughter safe for years, and now it’s a habit he isn’t capable of breaking. Too long in one place, and his inner lion pushes him to move on. He’s sworn to himself he will only make sure his daughter, Emerald, is settled in her new home with her mate, and then he’ll leave, but something more is anchoring him to the New Tarian Pride. A battle with a rival Pride left him injured, and he was nursed back to health by a quiet, mysterious lioness named Rose. The animal in him says to run before he gets drawn too far into this new Pride, but the man in him can’t stop thinking about the silver-haired beauty.

Rose’s home has been destroyed by a rival Pride of lion shifters, and she’s taken it upon herself to handle everything quietly and alone, like she always does. But when a big, burly, silver lion shifter named Talon falls into her life, she can’t help but find excuses to see him. For the first time in years, a man makes her feel safe, and like everything will be all right. But the cost of war between her Pride and the Old Tarians is steep, and it’s taking it’s toll on the animal inside of her. And the harder she tries to dig the Pride out of the hole that’s consumed them, the more she thinks she might not want to do all of this alone anymore. Broken hearts are for the young though, and Talon is a flight risk. She’ll have to try some new tactics to get this rogue male to stick around--even if it means setting them both free.