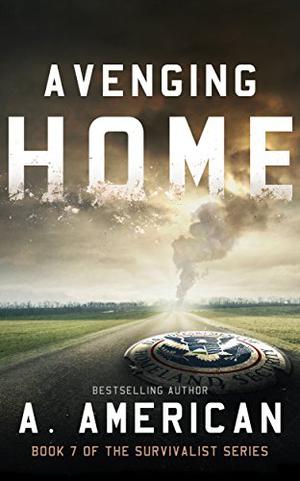 In Enforcing Home Morgan and his group suffered some loss. They discovered their old foes weren’t gone as they’d thought. Not only were they not gone, they were now stronger than before.

Morgan would have to deal with this threat, while at the same time trying to restore some sort of quality of life back to his community. But this isn’t going to be easy. With the bombing at the market and wounding of his daughter Taylor, it became all too clear to Morgan that he was once again in a fight for the lives of those that matter most to him. Taylor was injured and would need care for some time. It wouldn’t be easy. Added to that, was the realization that he would have to deal with second-guessing himself. Was it his fault that she was now hurt?

In Avenging Home we see how this long-running battle between Morgan’s people and their number one nemesis plays out. While Morgan thinks this is the biggest threat they face, there are things on the horizon he cannot yet see that are going to dwarf these problems. Morgan has lived in a vacuum. He’s had little information about the outside world. While he’s used radios to listen to what he can, there’s been precious little real information. But now he’s found what he believes to be a reliable source, and knows when and where to listen.

But is it valid? Or is it simply propaganda? News and information can be powerful tools; but they must always be taken in context to make an educated decision. And the challenge is that there’s only one source.

When you have to make decisions that mean the difference between life and death, the process becomes even more critical. So, we’ll follow Morgan and his tightly knit group as they are once again in the fight. Will they finally defeat the Federal thugs in their backyard? And more importantly, what will be the cost?

The 'The Survivalist' series

Recent books by A. American

All books by A. American  ❯