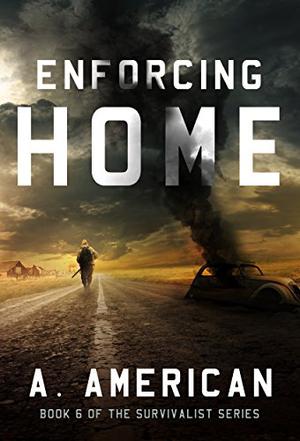 Morgan has managed to get through a lot. Having made it back to his family and dealt with the issues of unscrupulous neighbors, he then had to deal with the presence of the federal government and their nefarious activities. But with the help of his close knit group he prevailed. Life is settling into a familiar routine. And with the help of the US Army they are starting to rebuild their community.

But just when Morgan thinks things are assuming some kind of normal another surprise lands in his lap. He’s made Sheriff. Harkening back to a time when law enforcement was a local face in the community Morgan is forced to step up and be that face, much to his chagrin. With the help of Thad, Danny and the rest of the crew he accepts the challenge and tries to make a positive impact. But he’s in for yet another surprise. New foes will arise and old ones will return to conspire to destroy his efforts. Morgan’s group will suffer loss, injury and constant assault. His new position has made him a target, as well as those he loves. The peace and tranquility that the group has fought so hard for will continue to elude them. The fight, as Morgan soon learns, is just beginning.

The 'The Survivalist' series

Recent books by A. American

All books by A. American  ❯