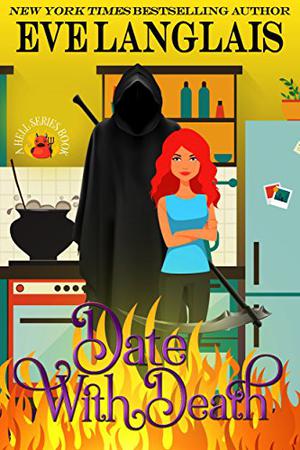 Instead of collecting her soul, he captured her heart.
Marigold has a date with Death, but when she foils his plan to take her soul back to Hell, she invites him to dinner instead.
Mictain, a former Aztec god who collects souls for Satan, is baffled at his interest in the plump witch who can see him. Intrigued, and in lust, he can't help pursuing her.
But things are never simple when gods are involved.
Lucifer, Lord of Hell, tries to warn him away, and even Marigold's long-lost father decides to butt in. Yet, despite the opposition, things heat up between them, and Marigold learns that when Death comes calling, it's best to get naked and invite him into bed-and her heart.
more
Bookmark Rate Book
Amazon Other stores
As an Amazon Associate bookstream.io earns from qualifying purchases

Similar books to 'Date with Death'

Buy 'Date with Death' from the following stores: