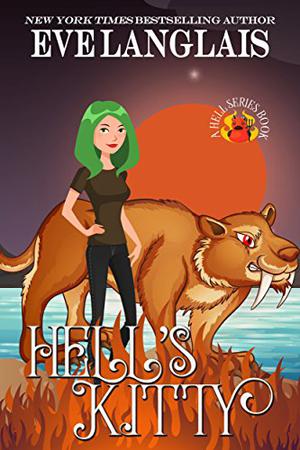 Good thing this Hellcat has nine lives because he’s going to need them if he’s going to survive Lucifer’s latest scheme and land on his four furry feet.

Okay, so Felipe ate a few of the Styx sea creatures. In his defense, they were awfully tasty. Depleting the monster reservoir didn’t mean Lucifer had to go all Lord of Hell on him and order him to go on a stupid mission. And to Siren Isle of all places! Everyone knows males should stay far, far away from that dangerous place. The only stroke of luck is the woman he’s after isn’t a siren. Nor is she quite a mermaid. As a matter of fact, Jenny isn’t like anyone he’s ever met—so, of course, this curious cat wants her.

Except he’s not the only one.

Not long after his arrival, he runs into problems, which he’s only too happy to solve in a permanent and violent fashion. Getting Jenny off the island and back to Hell’s inner circle is proving more troublesome than expected, though. Who knew a simple retrieval mission would signal the start of a dangerous—yet exhilarating—adventure, and despite his tomcat ways, this purring feline can’t help but fall in love.
more
Bookmark Rate Book
Amazon Other stores
As an Amazon Associate bookstream.io earns from qualifying purchases