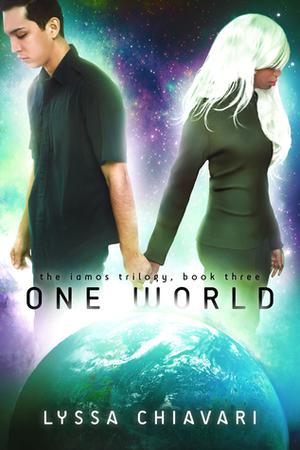 IAMOS, S.C.D. 8378
One choice was all it took to put two worlds in jeopardy—but that choice could be the thing that saves them both.

By choosing to betray the geroi, Nadin saved the lives of her friends in the future, but it may have cost her own. Imprisoned and sentenced to a fate worse than death, her only hope of rescue may lie in trusting the one person her heart tells her to distrust most: Ceilos, her one-time partner and a traitor in his own right. But accepting Ceilos’ help may be the only hope Nadin has of reuniting with Isaak... and saving both Iamos and Mars.

Time is running out. Something is coming, something powerful enough to change the face of the entire solar system. If Nadin and Isaak can’t figure out how to stop it, all of Iamos will be destroyed.

Little do they know that’s been the Liberator’s plan all along...
more
Bookmark Rate Book
Amazon Other stores
As an Amazon Associate bookstream.io earns from qualifying purchases

Similar books to 'One World'

One World
One World
(Iamos Trilogy #3)

All books by Lyssa Chiavari  ❯

Buy 'One World' from the following stores: