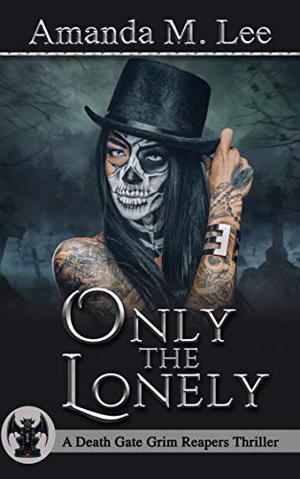 Isabella “Izzy” Sage spent her formative years on Belle Isle in Detroit, playing next to the gate that separates the living from the dead as her parents drew a paycheck from the grim reaper council.
Then the impossible happened, tragedy struck, and Izzy found herself an orphan. Her grandfather took her away and raised her among the Bruja in New Orleans, although her heart always longed to return to the gate … which felt so much like a part of her.
Now, as an adult, Izzy has worked her way up to gatekeeper status and she’s back in the place her childhood ended. She’s the one in charge now … although things don’t go how she hoped. On her very first day, the gate is breached, and the wraith that crosses over is not only murderous but enhanced.
Izzy wants to be in charge, but the local reaper council needs help so they send back-up in the form of a magical reaping family.
The Grimlocks are loud, boisterous and used to a good fight. The men are also handsome, something Izzy doesn’t want to acknowledge, even when the flirting gets out of control. In addition to all that, they’re also protective, and whether Izzy wants it or not, they’re going to infringe on her territory if they think they can keep her safe.
The past might be haunting Izzy, but she can’t look forward to the future until the danger is behind her. Those around her know more than they’re letting on, and the magic she’s been trying to hide is about to take over.
The fight is on … and Izzy is loaded for bear.
more
Bookmark Rate Book
Amazon Other stores
As an Amazon Associate bookstream.io earns from qualifying purchases

Similar books to 'Only the Lonely'

Buy 'Only the Lonely' from the following stores: