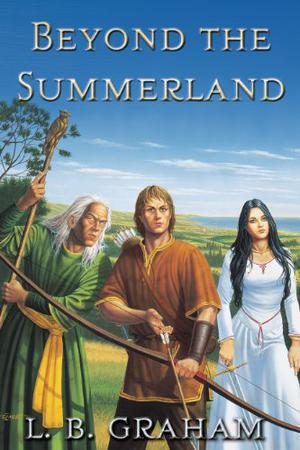 Beyond the Summerland (Binding of the Blade #1)

Joraiem and the young Novaana train in the Summerland to rule Kirthanin and to defend it against the evil schemes of Malek.

The Binding of the Blade is an original fantasy series based in part on prophecy from the book of Isaiah. Book 1, Beyond the Summerland, is where the adventure begins for a band of young Novaana, eager to serve and rule the four regions of the world of Kirthanin. Kirthanin is enjoying a time of peace, though Malek, Master of the Forge, and the betrayer of old, controls Agia Muldonai, the Holy Mountain. Malek’s servants are growing bolder and venturing further from their mountain stronghold, and the fragility of Kirthanin’s peace is growing ever clearer. Join this adventure of friendship, love, and betrayal. Ride through majestic forests and sail the forgotten waters. Rest a while in a summer paradise and walk the streets of an ancient and forbidden city. It will be the greatest challenge of their lives, but it is only the beginning.

The Binding of the Blade Series has the world-building of Robert Jordan's Wheel of Time, the heroic tone of Lawhead's Pendragon Cycle, and thematic richness and depth of Tolkien's Lord of the Rings. While The Binding of the Blade is distinct from each of these series, these are authors whose works are "similar" in nature to Graham's series.
more
Bookmark Rate Book
Amazon Other stores
As an Amazon Associate bookstream.io earns from qualifying purchases

The 'Binding of the Blade' series

Similar books to 'Beyond the Summerland'

All books by L.B. Graham  ❯

Buy 'Beyond the Summerland' from the following stores: