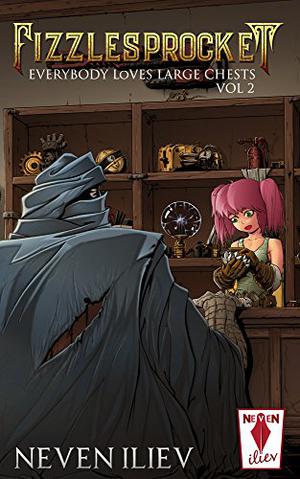 Things are not well within the Lodrak Empire. An entire city goes up in smoke and ash, and an entire province is slowly being consumed by an ever-expanding cloud of death.

But while the humans rally to contain the fallout of this disaster, they are much quicker to pin the blame for it on their elven neighbors to the north. With centuries’ worth of strife and bad blood between the two nations flaring up, all out war is rapidly becoming an inevitability.

Powerful figures are already on the move. Some wish to unravel the mystery behind the dead city in order to bring the perpetrators to justice. Others are more than content enough to use this ‘act of terrorism’ as an excuse to further the Empire’s agenda. A select few are even planning on somehow turning this cataclysm into a weapon for the sake of their ambitions. The elves of the Ishigar Republic are hard at work undermining and sabotaging their old enemy while the international community watches the ongoing situation with a critical eye. Even the Gods themselves are closely monitoring the situation, ready to intervene should they deem it necessary.

However, though all these entities have different reasons and methods, they all have the same objective - to find the mastermind responsible for setting all this in motion.

The same ‘mastermind’ that is far too busy figuring out how wagons work to notice the world is stirring.

The 'Everybody Loves Large Chests' series

All books by Neven Iliev  ❯

Buy 'Fizzlesprocket' from the following stores: