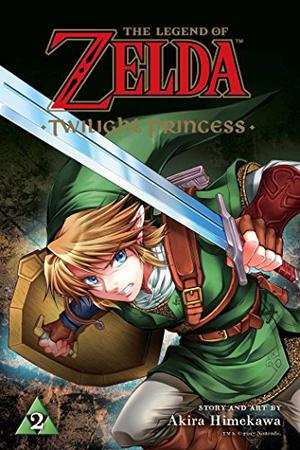 Link must defeat evil at every turn in his perilous quest to help Princess Zelda!

Link awakens in the Twilight Realm, in the form of a wolf! Here he meets Midna, and she escorts Link to Hyrule Castle where none other than Princess Zelda bestows a question upon him—if the world is to be saved from the encroaching darkness, Link must recover the shards of the Shadow Crystal. The task will be long and difficult, and Link will need to use new powers he doesn't know he has!
more
Bookmark Rate Book
Amazon Other stores
As an Amazon Associate bookstream.io earns from qualifying purchases

The 'The Legend of Zelda: Twilight Princess' series

Similar books to 'The Legend of Zelda: Twilight Princess, Vol. 2'

All books by Akira Himekawa  ❯

Buy 'The Legend of Zelda: Twilight Princess, Vol. 2' from the following stores: