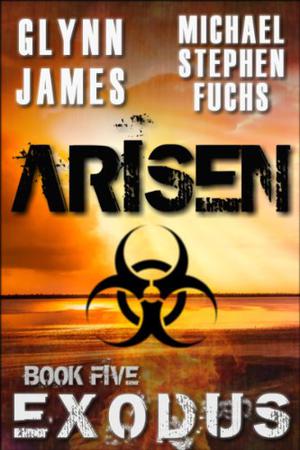 THE KENNEDY STARES INTO THE ABYSS
The world's last floating nuclear supercarrier looks into the face of oblivion – as her thinned, exhausted, and beleaguered crew face the largest herd of dead ever recorded. Soon, the ship's five-acre flight deck will become the scene of a furious and desperate set-piece battle – like no combat any modern army has seen since Stalingrad. The ranks of the dead are infinite, and those of the living tiny, depleted, and running out of time... and of hope.

THE ABANDONED RUN AHEAD OF THE STORM
Surrounded, cut off, and left for dead, Wesley's band of sailors and survivors race ahead of the city-devouring swarm, desperate for a way off the land. Air strikes and shore bombardment threaten to vaporize them at any instant, the inlet onto which they flee is surrounded on all sides and filling up fast, and the least hesitation will get them all killed, infected, devoured – or all three at once.

THE OPERATORS JUMP INTO MOUTH OF HELL
Having already dodged a hundred deaths by inches, the operators of Alpha team and MARSOC now fly into two converging storms of unspeakable violence, and must parachute in and reinforce the Alamo – the hopeless and doomed defense of the carrier. A thousand things must go right for them to have a prayer of survival. But it's the job of the operators to succeed even when a million things go wrong...
more
Bookmark Rate Book
Amazon Other stores
As an Amazon Associate bookstream.io earns from qualifying purchases

All books by Glynn James  ❯

Buy 'Exodus' from the following stores: