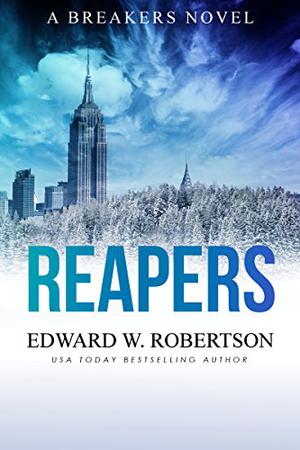 When the plague came, federal agent Ellie Colson fled into the Adirondacks with Dee, the daughter she barely knew. They began a new life as subsistence farmers, isolated from the fall of the world. In the six years since, a small community has arisen from the ashes. Dee is grown up. She's engaged to Quinn, a young man from across the lake.

And she's being hunted.

Strangers are spying on the farms at night. Dee's harassed by a spurned suitor. One of Quinn's dogs turns up dead. Drawing on her old skills, Ellie launches an investigation of the locals. Turns out Quinn's dad has made some bad decisions. Some enemies, too. The strangers aren't after Dee--they're after Quinn.

When he goes missing, Quinn's dad fears the worst. But Ellie has a lead. She and Dee track the kidnappers into the post-apocalyptic wilderness of New York--and into darker lands than Ellie could ever imagine.
more
Bookmark Rate Book
Amazon Other stores
As an Amazon Associate bookstream.io earns from qualifying purchases

Buy 'Reapers' from the following stores: