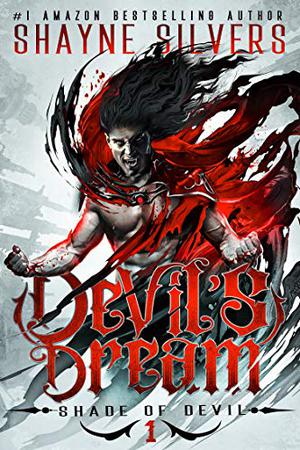 The greatest trick the First Vampire ever pulled was convincing the world that he didn't exist.

Before the now-infamous Count Dracula ever tasted his first drop of blood, Sorin Ambrogio owned the night...and now he's back.
Fleeing Europe and starting a new chapter in his diary of death--one not written in blood--Sorin finds new meaning to his life when he is adopted into a Native American tribe in the American Colonies.
A wife and a miracle child give this monster a new beginning.
Until his vampiric past comes back to haunt him, to eradicate him, to burn his name from their histories and to murder anyone who ever met him--especially his family.
Wounded and on the brink of death, Sorin vows to avenge the fallen if the tribe's Medicine Man--the only other survivor--will put Sorin into a healing slumber.
His sleep was only supposed to be brief--days or weeks.
But Sorin is awoken centuries later by a fledgling Shaman named Nosh--a descendant of the very Medicine Man who first put Sorin to sleep centuries before--who will risk anything to avenge his own murdered tribe from the vampires and other monsters now openly walking the streets of present-day Manhattan.
Sorin steps into a world that has drastically changed from the virginal American Colonies he had come to call home.
When humanity's only savior is the first man-made devil, the streets of New York City will flow with rivers of blood.

If you like Bella Forrest, I.T. Lucas, Laurell K. Hamilton, K.F. Breene, J.R. Ward, or Shannon Mayer, you won't be able to put down the highly addictive Shade of Devil Series.

What Amazon readers are saying about Shayne's other books:
★★★★★ 'His foul-mouthed unicorn murders rainbows!'
★★★★★ 'Move over Dresden!'
★★★★★ 'The Temple Verse HAS to be picked up by Netflix soon.'
★★★★★ 'Silvers could write a grocery list on a dirty napkin and make it an international bestseller.'
★★★★★ 'I went from crying my eyes out to laughing uncontrollably, repeatedly.'
★★★★★ 'It's like the characters walked off the page, joined me at the bar, and bought me a drink.'
★★★★★ 'I am astounded as to how the author keeps the story fresh and exciting.'
★★★★★ 'I usually see plot twists a mile away. Shayne has proven me wrong. Every time.'
★★★★★ 'Best books I've read in thirty years.'
★★★★★ 'His intense actions scenes let you see the fangs and claws, hear the gunshots, feel the magic, and smell the fear.'
★★★★★ 'Everything you thought you knew about vampires, shifters, dragons, wizards, fairies and gods is flat wrong.'
★★★★★ 'Publishers who didn't snap up his books are missing out on a gold mine.'

Silvers has pleasured over one million readers with his stories.
more
Bookmark Rate Book
Amazon Other stores
As an Amazon Associate bookstream.io earns from qualifying purchases

The 'Shade of Devil' series

All books by Shayne Silvers  ❯