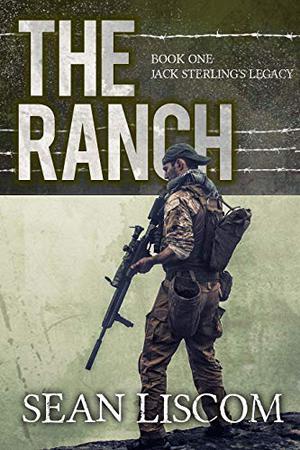 Jason Sterling had a simple life by all accounts. He had worked the same job his entire adult life, he had never married and he had no children. He was used to doing things on his own. His comfortable life was shaken to the core the day he learned of his fathers death. It was a mysterious meeting that set life altering events in motion and the allure of a new life was too great to walk away from. When an Electromagnetic Pulse brings the modern world to its knees, Jason's choice proves to be the right one.

I have been told by many people that I have lived an extraordinary life. While the past few years have been a wild ride, I don’t think that I would go that far. I would be more inclined to say that I have been very blessed. The people who I’ll introduce you to, they were the extraordinary ones. I was just lucky enough to call them my friends. In order to keep the memories alive of the ones that we lost along the way; I have decided to put pen to paper. It is in their memory that I tell you this story.
My name is Jason Sterling and my incredible journey began on July 9th, 2015. That was the day I learned that my father had passed away. I was 38 years old and had been working at the same warehouse job for 20 years in Reno, Nevada. I had started there the summer I graduated from high school and the place just kind of stuck with me. Over the years I had risen through the ranks, from picker packer to shift lead. Then from shift lead to warehouse supervisor, then to supply chain manager. That was the position I had been in for the last five years.
Retirement wasn't even a thought yet. Hell, I was only 38, who the hell retires at 38? So, every day I went to work. I was there at 5am and left after the second shift came on at 2:30pm. I liked to have contact with all my people. Maybe that’s why I was a successful manager. It's not that I really liked the job, I was just good at it and to be honest, I was comfortable. I had bigger plans for when I did decide to retire. Having never been married and having no kids, I had a lot of options open to me. The one option I was looking at was a huge log cabin in northern Montana. I loved the log cabin look and the idea of retiring and telling civilization to piss off was a feeling I felt more and more every day.
At 6'-2" tall, I maintained an average weight of 195 with a pretty chiseled physique. I tried to do my hour every morning in the gym. After that, I was in the shower by 4:20 and on my way to work by 4:45. It was only a five-minute drive to work. That was the normal routine and had been every workday for years. I was always the first person at work, so I was a little surprised when I pulled in to find the Plant Manager’s car and a black limo in the parking lot. From outside I could see that the office lights were already on, my office light included.
"Hmm, must be a surprise visit from corporate," I muttered to myself as I grabbed my briefcase and headed for the front door. I had been through these surprise inspections before, so I wasn't about to let it change my routine. In the front door, past the forklift charging stations and into the employee break room. It was a habit of mine to always start the coffee pots. I knew my people liked coming into work with hot coffee waiting for them. That done, I headed to my office. Let’s see who we had to impress today.
Daryl, the plant manager, was in his office but the door was closed, so I proceeded to my office which was two doors down. My door was also closed, and I could see light spilling from under it. I stood there for a second or two trying to figure exactly what to do. Do I knock on my own office door? Do I just barge in like I own the place? This was a first.
more
Bookmark Rate Book
Amazon Other stores
As an Amazon Associate bookstream.io earns from qualifying purchases

The 'The Legacy' series

All books by Sean Liscom  ❯

Buy 'The Ranch: Jack Sterlings Legacy' from the following stores: