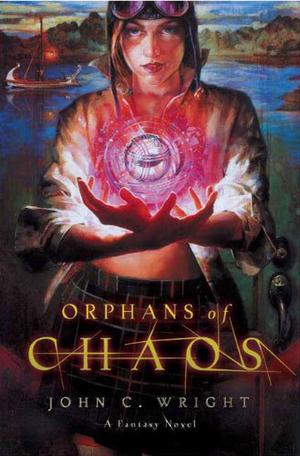 What if your teachers taught you everything–except who you really are?

For Amelia and her friends, the strict English boarding school she lives in is all she has ever known. The sprawling estate, bordered by unknown territory on all four sides, is both orphanage, academy, and prison. The school has a large staff, but only five students, none of whom know what their real names are, or even how old they are.

Precocious and rebellious, all five teenagers are more than just prodigies. Amelia can see in four dimensions. Victor can control the molecular arrangement of matter. Vanity can find secret passageways where none existed before. Colin is a psychic. Quentin is a warlock.

And, as time goes by, they're starting to suspect that none of them are entirely human . . .

John C. Wright previous fantasy novels, the Epic Chronicles of Everness, were lavishly praised by both readers and reviewers. Now he embarks on an ambitious new saga that explores the overlapping boundaries of science, mythology, and the imagination.
more
Bookmark Rate Book
Amazon Other stores
As an Amazon Associate bookstream.io earns from qualifying purchases

The 'Chronicles of Chaos' series

Similar books to 'Orphans of Chaos'

Buy 'Orphans of Chaos' from the following stores: