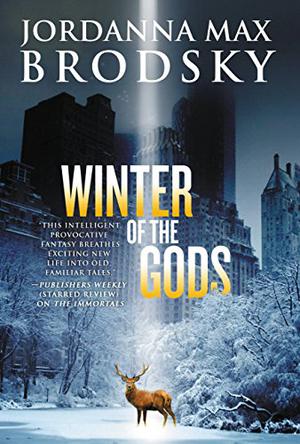 Winter of the Gods (Olympus Bound #2)

Myth and reality collide in this sequel to The Immortals that sets Greek Gods against a modern Manhattan backdrop.

Manhattan has many secrets. Some are older than the city itself.

But when a dead body is discovered sprawled atop Wall Street's iconic Charging Bull statue, it's clear the NYPD can't solve the murder without help. The murder isn't just the work of another homicidal cult -- this time, someone's sacrificing the gods themselves.

While raising fundamental questions about the very existence of the gods, Selene must hunt down the perpetrators, tracking a conspiracy that will test the bonds of loyalty and love.
more
Bookmark Rate Book
Amazon Other stores
As an Amazon Associate bookstream.io earns from qualifying purchases

Similar books to 'Winter of the Gods'

Buy 'Winter of the Gods' from the following stores: