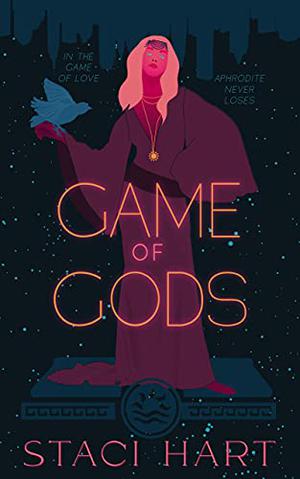 Aphrodite knows love. Just don’t ask her to figure out her own heart.

Instead, she toys with the hearts of humans. It’s a little game the gods play, and this time it’s Aphrodite’s turn to defend the domain of love. The battleground is New York City, and the stakes are high—the winner receives a token, a favor the loser must fulfill.

But every god has secrets. Every god lies. And no god can be trusted.

Apollo is no exception. He killed Aphrodite’s love, and for that, he can never be forgiven. But Apollo is on a mission to win. For thousands of years, Aphrodite has kept him from the one he loves, but the wind has shifted, and now is his chance.

God and goddess will choose their players. The clock will start. Two humans will fall in love, or they won’t—their fates are intertwined with the gods, their hearts slave to their circumstance, a slave to the game.

And in this game of love, Aphrodite never loses.
more
Bookmark Rate Book
Amazon Other stores
As an Amazon Associate bookstream.io earns from qualifying purchases

The 'Hearts and Arrows' series

All books by Staci Hart  ❯