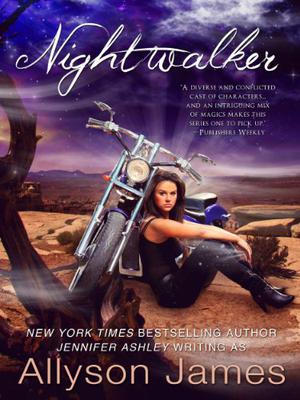 Stormwalker Janet Begay, proprietor of the Crossroads Hotel, a place where the paranormal stop for a safe night’s rest, discovers the hard way that a slayer is targeting Ansel, a Nightwalker who’s become the hotel's more-or-less permanent resident.

When Janet and her lover Mick intervene to save Ansel’s un-life, they find that the attack is the beginning of an oncoming storm. Janet has her hands full already with the upcoming marriage of her father, the return of a woman who claims to be Coyote’s wife, her crazy half-sister, a couple dragons on her back, and her worry about Mick, who’s behaving strangely again.

But it seems that everyone is after Ansel, who fears he killed the woman he loves in a Nightwalker frenzy. Janet must choose between protecting Ansel, or facing the most powerful magical beings in the world, who are willing to destroy Janet, Mick, her hotel, and everyone she cares about to get to Ansel and his secrets.
more
Bookmark Rate Book
Amazon Other stores
As an Amazon Associate bookstream.io earns from qualifying purchases

Kieran
Kieran
(Tales Of The Shareem #7)

All books by Allyson James  ❯

Buy 'Nightwalker' from the following stores: