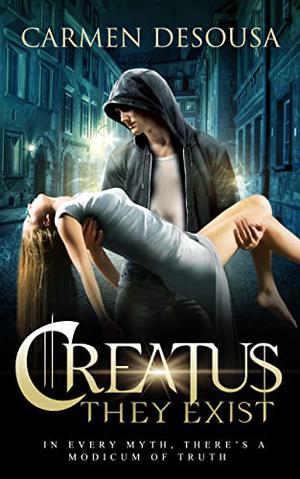 another edition using this ASIN can be found here

After years of searching for the mysterious stranger who saved her life, twenty-two-year-old Kristina is alone and desperate. Seeing no future in her worthless existence, she attempts to force her protector out of the shadows the only way she knows--killing herself.

Ignoring his family's disapproval, Derrick continues to safeguard the girl he rescued from a vicious attack years earlier. The one thing he can't protect her from, however, is herself. When Kristina jumps off a bridge, he must reveal himself, even if saving her means she will now be in danger from his kind.

To make things worse, a video revealing Derrick's supernatural ability when he saved Kristina is now in the possession of a government agency, and someone in his family will do anything to keep their existence a secret, even kill Kristina, the woman Derrick can no longer live without.
more
Bookmark Rate Book
Amazon Other stores
As an Amazon Associate bookstream.io earns from qualifying purchases

Buy 'Creatus' from the following stores: