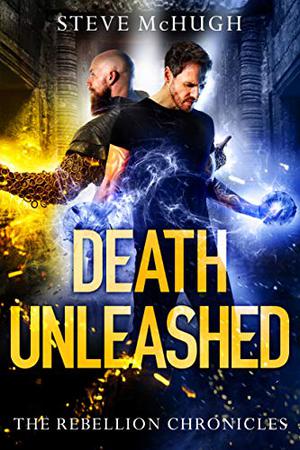 A DEADLY VENOM. A LOOMING REBELLION. A VICIOUS SIEGE. AND THE CLOCK IS TICKING.

For sorcerer Nate Garrett, the stakes have risen. If Asgard falls, he may lose much more than his home - he may lose the thing dearest to him. To stand a fighting chance against Avalon, he must be ready to go to war. But when his best friend and father are poisoned, Nate must race against the clock in a desperate quest to find a cure.

Layla Cassidy is tasked with gaining the aid of the Valkyrie in Valhalla, but once there, she finds herself involved in another rebellion and must pick a side before it's too late.

Meanwhile, Mordred finds himself on a hunt for Excalibur, a weapon of incredible power that would aid the rebellion in their fight against Arthur and his allies. But to retrieve it, Mordred must face the uncomfortable truths about himself.

War looms over the rebellion, and the battle for Asgard is at hand. Time is running out as Avalon's forces threaten total destruction. But Nate can't be in two places at once. Can he find the cure, and can he, Layla, and Mordred save the realms before it's too late?

The 'The Rebellion Chronicles' series

All books by Steve McHugh  ❯