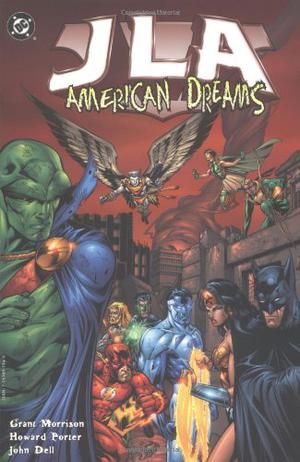 The World's Greatest Heroes have reformed the Justice League of America to act as Earth's protector against all threats. But as Wonder Woman, Aquaman, Batman, the Flash, Green Lantern, and the Martian Manhunter are joined by a Superman demonstrating new and different energy-based powers, they find themselves facing off against deadly old enemies like the Key and getting caught in the middle of a war between Heaven and Hell. Featuring appearances by Supergirl and the new Green Arrow, this trade paperback also includes the first appearance of rogue angel and future JLA member, Zauriel.
more
Bookmark Rate Book
Amazon Other stores
As an Amazon Associate bookstream.io earns from qualifying purchases

All books by Grant Morrison  ❯