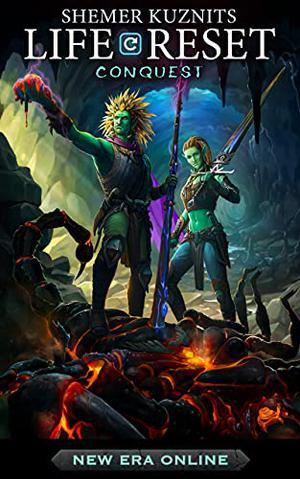 A prophecy foretold … the fate of thousands on the line …
With one major enemy town behind them, the GreenPiece clan marches onward to new conquests. Facing Oren and his monster army are the combined forces of the so-called ‘civilized races’, intent on halting his invasion of their territory.
Reality blurs as Oren fights harder than ever to save the trapped players, his clan, and his family.

Life Reset: Conquest is book 5 of New Era Online, a LitRPG / GameLit bestselling series that combines settlement development, a monster protagonist, a deranged AI companion who’s obsessed with testicular quips, and a desire to explore what it means to be a human living inside a video game.
more
Bookmark Rate Book
Amazon Other stores
As an Amazon Associate bookstream.io earns from qualifying purchases

All books by Shemer Kuznits  ❯

Buy 'Conquest' from the following stores: