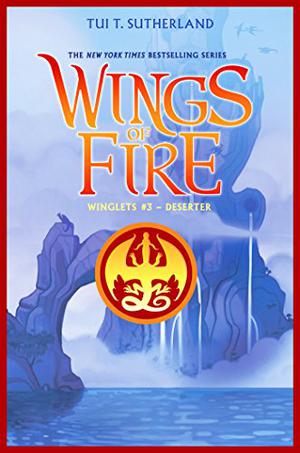 Fans of the New York Times bestselling Wings of Fire series won't want to miss this all-new story set in the dangerous and thrilling world of dragons!

Six-Claws is a happy and industrious SandWing, always working hard and loyally for his queen. So when the youngest SandWing princess, Blaze, wanders off during a sandstorm, Six-Claws doesn't think twice before trying to rescue her. But it turns out that loyalty isn't always enough to stay safe in the Sand Kingdom...

Before the war of SandWing succession, there were three SandWing princesses... and a queen.

Discover the New York Times bestselling Wings of Fire series with this ebook exclusive origin story! Author Tui T. Sutherland soars further into the world of Pyrrhia's dragons than ever before! In these brand-new short stories, fans will meet old friends and new ones, uncover shocking secrets, and learn more about the terrible challenges that will test all dragonkind!
more
Bookmark Rate Book
Amazon Other stores
As an Amazon Associate bookstream.io earns from qualifying purchases

The 'Wings of Fire: Winglets' series

Buy 'Deserter' from the following stores: