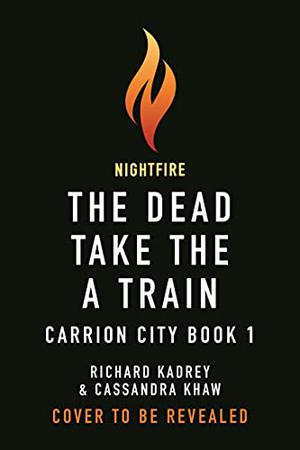 The Dead Take the a Train (Carrion City #1)

Julie Crews is a coked-up, burnt-out thirty-something who packs a lot of magic into her small body. She's trying to establish herself as a major Psychic Operative in the NYC magic scene, and she'll work the most gruesome gigs to claw her way to the top.

Desperate to break the dead-end grind, Julie summons a guardian angel for a quick career boost. But when her power grab accidentally releases an elder god hellbent on the annihilation of our galaxy, the body count rises rapidly.

The Dead Take the A Train is a high-octane cocktail of Khaw's cosmic horror and Kadrey's gritty fantasy--shaken, not stirred.
more
Bookmark Rate Book
Amazon Other stores
As an Amazon Associate bookstream.io earns from qualifying purchases

Similar books to 'The Dead Take the a Train'

More books like 'The Dead Take the a Train'   ❯

All books by Richard Kadrey  ❯

Buy 'The Dead Take the a Train' from the following stores: