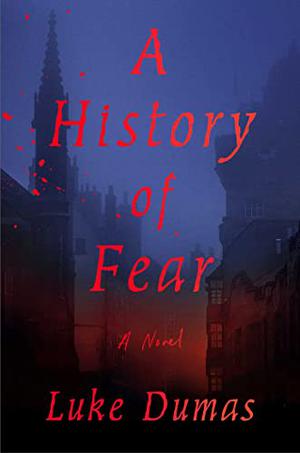 A History of Fear

An eerie literary suspense debut following the harrowing downfall of a tortured graduate student who’s been nicknamed the Devil’s Advocate for his sensational crime: murdering a classmate, then claiming the Devil made him do it.

The Devil is in Scotland.

Grayson Hale, the most infamous murderer in Scotland, is better known by a different name: the Devil’s Advocate. The twenty-five-year-old American grad student rose to instant notoriety when he confessed to the slaughter of his classmate Liam Stewart, claiming the Devil made him do it.

When Hale is found hanged in his prison cell, officers uncover a handwritten manuscript that promises to answer the question that’s haunted the nation for years: was Hale a lunatic, or had he been telling the truth all along?

Unnervingly, Hale doesn’t fit the bill of a killer. The first-person narrative that centers this novel reveals an acerbic young atheist, newly enrolled at the University of Edinburgh to carry on the legacy of his recently deceased father. In need of cash, he takes a job ghostwriting a mysterious book for a dark stranger, but has misgivings when the project begins to reawaken his satanophobia, a rare condition that causes him to live in terror that the Devil is after him. As he struggles to disentangle fact from fear, Grayson’s world is turned upside-down after events force him to confront his growing suspicion that he’s working for the one he has feared all this time—and that the book is only the beginning of their partnership.​​

A History of Fear is a propulsive foray into the darkness of the human psyche, marrying dread-inducing atmosphere and heart-palpitating storytelling.
more
Bookmark Rate Book
Amazon Other stores
As an Amazon Associate bookstream.io earns from qualifying purchases

Similar books to 'A History of Fear'

Buy 'A History of Fear' from the following stores: