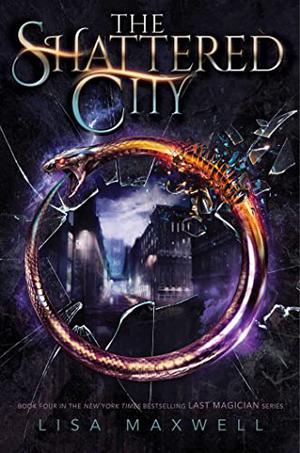 The Shattered City (The Last Magician #4)

Unite the Stones
Free the City
Remake the World

Once, Esta believed that she could change the fate of magic. She traveled to the past and stopped the Magician from destroying a mystical book that held the key to freeing her people from the Brink, an energy barrier that traps all Mageus who cross it.

But the Book was more than she bargained for. So was the Magician she was tasked to steal it from.

Hunted by an ancient evil, Esta and Harte have raced through time and across a continent to track down the powerful artifacts they need to bind the Book’s devastating power. They’ve lost family, betrayed friends, and done what they’d both vowed never to do: fallen in love with the one person who could truly destroy them.

Now, with only one artifact left, their search has brought them back to New York, the city where it all began. But nothing in Manhattan is as they left it. Their friends have scattered, their enemies have grown more powerful, and as the deadly Brink beckons, their time is running out.

If they can’t find a way to end the threat they’ve created, then the very heart of magic will die—and it will take the world down with it.
more
Bookmark Rate Book
Amazon Other stores
As an Amazon Associate bookstream.io earns from qualifying purchases

The 'The Last Magician' series

Similar books to 'The Shattered City'

All books by Lisa Maxwell  ❯

Buy 'The Shattered City' from the following stores: