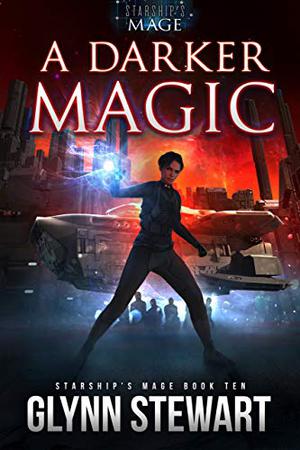 Two years ago, Lieutenant Commander Roslyn Chambers stood witness to the surrender of the last remnants of the Republic. Fueled by atrocity against Mage and mundane alike, the secessionists who waged war against the Protectorate of Mars are finally defeated.

Now, a special commission from the Mage-Queen of Mars takes Roslyn deep into the former Republic to hunt the architects of that atrocity. Mages who betrayed their own, the creators of Project Prometheus must be brought to justice.

But hidden from even the Republic, Prometheus has woven magic and technology together once more. Here, hidden from all prying eyes, they have created a monster…one that even a Protectorate forged by the spell must call black magic.
more
Bookmark Rate Book
Amazon Other stores
As an Amazon Associate bookstream.io earns from qualifying purchases

Similar books to 'A Darker Magic'

Buy 'A Darker Magic' from the following stores: