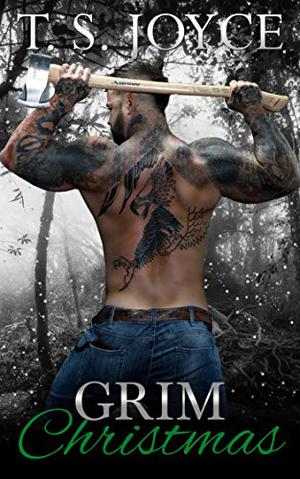 Grim is trying to hold it together for the holidays. He’s vowed to be a better Alpha for the Rogue Pride Crew, but he’s at war with the two lions inside of him, and at war with a certain Red Dragon as well. He was raised to be a weapon and had never celebrated like everyone else. All he wants to do is coast straight through the holiday, but his new Crew is messing with his head. He wants to hate them, but little by little, they are chipping away at his heart. Especially his new mate, Ash, who is so sweet about making it the perfect day.

Ashlynn Kane is bound and determined to make Grim’s first Christmas outside of the Tarian Pride the happiest day of his life. The only problem is, her new lion shifter mate is a bit of a scrooge. With a can-do attitude and some mishaps along the way, she is going to do her best to make the man she loves feel special. Even if it means going against her Alpha’s wishes.

The 'Daughters of Beasts' series