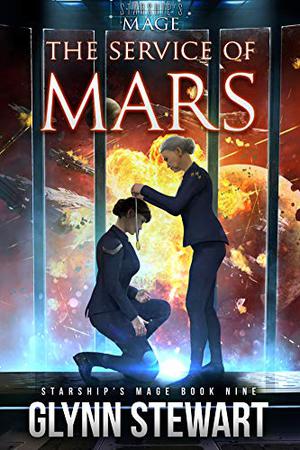 The Service of Mars (Starship’s Mage #9)

Secrets and warships combined to turn the tide of the Siege of Legatus, delivering the capital of the Republic of Faith and Reason into the hands of their enemies. With Damien Montgomery called away to lead the entire Protectorate of Mars, fighting the war falls to Mage-Admiral Jane Alexander and Mage-Lieutenant Roslyn Chambers.

As the Martian Second Fleet moves against the remaining Republic worlds, Captain Kelly LaMonte’s covert stealth ship sweep the worlds away from the conflict, searching for the Republic’s government-in-hiding and a chance to end the bloody conflict.

But this war began in the shadows, and the secrets hidden in those shadows threaten to turn the tide of the war once more—and bring it to the heart of the Protectorate!
more
Bookmark Rate Book
Amazon Other stores
As an Amazon Associate bookstream.io earns from qualifying purchases

Similar books to 'The Service of Mars'

Buy 'The Service of Mars' from the following stores: