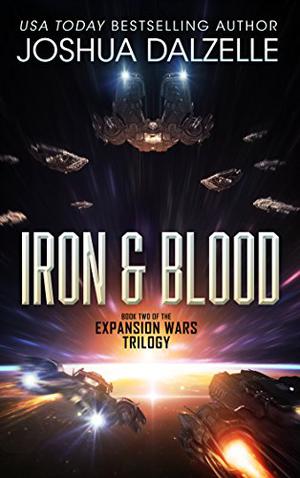 A human planet has been invaded. The enigmatic Darshik have landed troops on a frontier world and have begun subduing major cities even as their blockade repels all attempts by the fledgling United Terran Federation to mount a counteroffensive.
The Federation's military command is desperate and with their fleet still in tatters they make a last ditch effort to free the planet: They pull Captain Jackson Wolfe out of retirement and put him in command of a ship they hope can get past the defending armada and provide support to the beleaguered Marines and civilians fighting on the surface of the contested world.

There is no reasoning with this enemy. If the Terran Federation wants their planet back, they will have to pay the price.

Iron & Blood is the second book of The Expansion Wars Trilogy and the fifth book of the Black Fleet Saga.
more
Bookmark Rate Book
Amazon Other stores
As an Amazon Associate bookstream.io earns from qualifying purchases