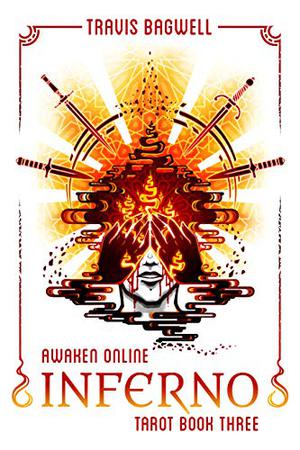 The epic conclusion of the Tarot series!

A crippling wound. A war looming on the horizon. A demon king to kill.

Finn and his companions barely escaped their encounter with Bilel. But not without a cost - including the loss of Finn's left arm and the magical corruption that now plagues his body.

Despite those handicaps, Finn must keep pressing forward if he is to have any hope of bringing Rachael back. As the Seer predicted, the guilds and Khamsin have formed a fragile alliance. But before they can lay siege to Lahab, Finn and his companions must first find a way to defend themselves and their fledgling army from the effects of the god relic that Bilel now wields...

Which will send them deep into the heart of an ancient workshop. Along the way, they'll encounter advanced magical technology, new friends and foes, and will be pushed well beyond their limits. They will be reforged in the fires of adversity - forced to prove their mettle, even with the odds stacked against them.

Hopefully, it will be enough.

Because soon they will face a demon king and his armies.
more
Bookmark Rate Book
Amazon Other stores
As an Amazon Associate bookstream.io earns from qualifying purchases

All books by Travis Bagwell  ❯