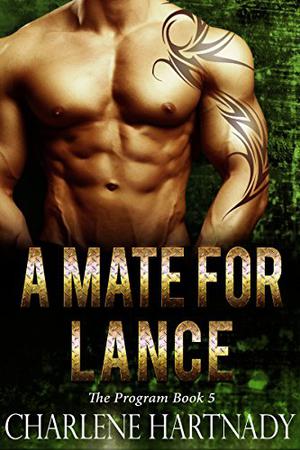 Vampire Novel
Human women required.
Must be enthusiastic about interactions with vampires. Must be willing to undergo a stringent medical exam. Must be prepared to sign a contractual agreement which would include a nondisclosure clause. Limited positions available…

Lance has been to hell and back. Literally. Dying hurts. It hurts like a bitch on steroids. It’s the coming back though that’s the biggest struggle. Days of sheer torture…untold agony. He may have survived, but it’s not without scars. Lance wears them like a mask. Surrounds himself in them like an impenetrable wall. He may be a part of The Program, but he isn’t looking for a mate. No way in hell. Toying with the human females may have started out as fun, but it’s become more trouble than it’s worth. He’ll get through the last heat and be on his way. It’s a huge irritation that he’s been named as the most eligible bachelor. Every human female is gunning for him. Don’t they know that they are playing with fire? Don’t they realize that playing with fire is liable to get you burned?

Amber can’t believe it when she makes it into The Program. It’s her chance to live a little. Maybe she’ll find her soul mate. The one. Maybe, just maybe, her perfect match is one of the elite ten. It’s a pity that the one guy who draws her attention is such a colossal asshole. Not only that, he’s the most arrogant person she has ever met. No thank you very much. She’ll pass. Her attraction for the big, brooding vampire is a major irritation, especially when there are so many other potential candidates. She just needs to try harder to avoid him… try harder to like one of the others…

This book can be read as a standalone but would be best enjoyed as a part of the series. No cliffhanger!
The story contains strong sexual themes/language and is not intended for readers under the age of 18.
more
Bookmark Rate Book
Amazon Other stores
As an Amazon Associate bookstream.io earns from qualifying purchases

The 'The Program' series

Similar books to 'A Mate for Lance'

All books by Charlene Hartnady  ❯

Buy 'A Mate for Lance' from the following stores: