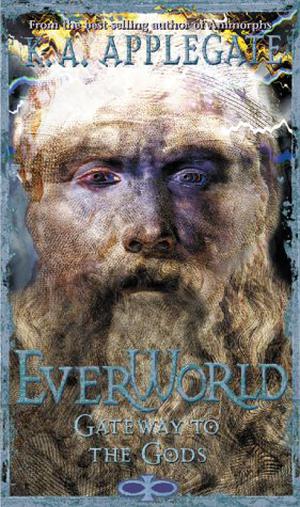 Gateway to the Gods (Everworld #7)

Most of us probably won't get the chance to travel to a parallel universe. Won't have the opportunity to encounter wizards, dragons, aliens, and mythological gods. But if what April, Jalil, David, and Christopher have had to experience is any indication of what another world might be like, perhaps not going there isn't such a bad thing.
So, April and her friends are starting to get used to the bizarre. Which is why they weren't surprised when they found themselves on Mount Olympus, fighting with Zeus against an alien army. But that's nothing compared to what they're about to experience. April and the others know the main reason they're still alive is because of their survival instincts and real-world knowledge. But in Everworld, even the things that you trust to keep you safe can be the very things to take your life...
more
Bookmark Rate Book
Amazon Other stores
As an Amazon Associate bookstream.io earns from qualifying purchases

Similar books to 'Gateway to the Gods'

The First
The First
(Endling #2)

The Last
The Last
(Endling #1)

Buy 'Gateway to the Gods' from the following stores: