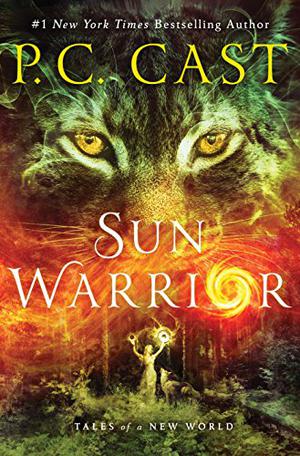 The blockbuster bestselling series is back!

#1 New York Times bestselling author of the House of Night series, P.C. Cast, brings us Sun Warrior, an epic fantasy set in a world where humans, their animal allies, and the earth itself has been drastically changed. A world filled with beauty and danger and cruelty…

The battle lines have been drawn and Mari, an Earth Walker and Nik, a Companion, who were once from rival clans now find themselves fighting to save each other and their people from destruction.

Thaddeus betrayed his own people, killing Nik’s father and destroying their entire clan. But he wants more. He wants the power he believes Mari has stolen from him and his people and he will do anything he must to get them back, even if it means destroying everything in his path. There is only way to stop Thaddeus, but it means a harrowing journey for Mari and Nik into the heart of darkness. Meanwhile, Dead Eye becomes a willing vessel for the newly awakened god, Death. Death has plans of his own and he, too, will use whatever and whomever he must, including the mad Thaddeus.
more
Bookmark Rate Book
Amazon Other stores
As an Amazon Associate bookstream.io earns from qualifying purchases

The 'Tales of a New World' series