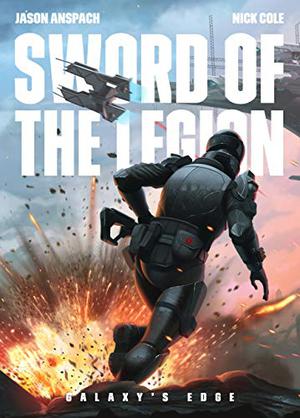 Sword of the Legion (Galaxy's Edge #5)

Captain Chhun’s Dark Ops squad is reunited with Wraith, and they are entrusted with the task of denying Goth Sullus the shipyards he so eagerly desires. But when the mission doesn’t go as planned, Chhun and Wraith must find a way to stop the Black Fleet’s advance—even if it costs them their lives.

Meanwhile, an old friend from Nether Ops executes a covert operation that will turn the focus of the Last War of the Republic in a terrible new direction.

Daring heroics, sacrifice, and courage come together as the Legion attempts to contain the fire sparked at the Battle of Tarrago.
more
Bookmark Rate Book
Amazon Other stores
As an Amazon Associate bookstream.io earns from qualifying purchases

Similar books to 'Sword of the Legion'

All books by Jason Anspach  ❯

Buy 'Sword of the Legion' from the following stores: