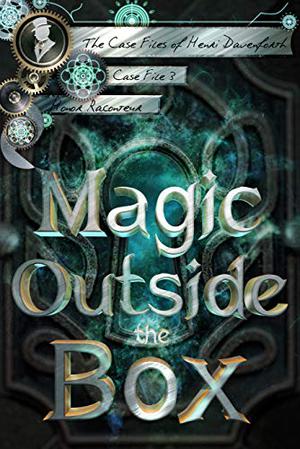 Magic Outside the Box (Case Files of Henri Davenforth #3)

Henri is quite accustomed to dangerous and unusual cases landing in his lap. Being partnered to the Shinigami Detective likely has something to do with it. What he is NOT accustomed to is the queen herself marching into his lab and handing them such a case.

Former Royal Mage Joseph Burtchell was found dead in his home, all signs pointing to murder. However, it’s in question as to how the murderer accomplished the deed—the house was locked, the wards fully up, and the body bearing a peculiar wound.
It’s a locked room mystery, one with a suspiciously absent murder weapon and lack of suspects. Henri’s left baffled. Jamie’s excited, relishing the challenge the case represents.

Similar books to 'Magic Outside the Box'

All books by Honor Raconteur  ❯

Buy 'Magic Outside the Box' from the following stores: