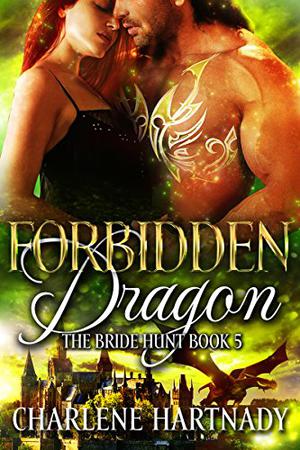 Their weakness to silver is the one area that humans have exploited in the past, almost bringing the dragon species to their knees. New information has come to light proving that this affliction is an allergy. One that can potentially be beaten.

Dr. Louise Parry is a top physician in her field. She is also kind and compassionate, someone the dragons can trust. She is tasked with finding a cure. A job she does not take lightly. Thankfully, she has very little dealings with the bad-tempered king. There is something about him that has her heart beating faster and a flame of awareness igniting inside her. She can’t understand why, since he’s rude and abrasive.

Granite wants a cure found. The sooner the better. He keeps a close eye on the whole project and moreover, on the little human spearheading the whole thing. Trust is not something that comes easily to him. If she thinks he’ll allow himself to become blinded by her soft, sweet demeanor and lush curves, she’s got another thing coming. Touching the female is off limits. Against every rule in the book. It’s strictly forbidden.

The Story Contains strong sexual themes/language and is not intended for readers under the age of 18.
more
Bookmark Rate Book
Amazon Other stores
As an Amazon Associate bookstream.io earns from qualifying purchases

The 'The Bride Hunt' series

All books by Charlene Hartnady  ❯