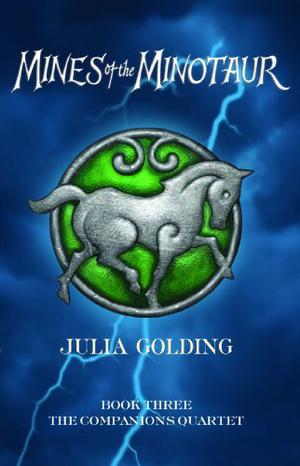 Mines of the Minotaur (The Companions Quartet #3)

The clock continued to tick calmly in the hall, out of step with the stormy sea of panic surging inside Connie. She could make no sense of this. How had she ended up on the beach? She felt a hum in her bones as if she had been meeting with some powerful creature. But what beast or being had the power to draw her out of her house without her knowing about it? And what had happened when they were together?

Thirteen-year-old Connie Lionheart is the only Universal Companion, able to communicate with all the mythical creatures hidden in our world. She is the most important member of a secret society sworn to protect the bonds between humans and creatures. But her power brings great responsibility and great danger.
more
Bookmark Rate Book
Amazon Other stores
As an Amazon Associate bookstream.io earns from qualifying purchases

The 'The Companions Quartet' series

Similar books to 'Mines of the Minotaur'

All books by Julia Golding  ❯

Buy 'Mines of the Minotaur' from the following stores: