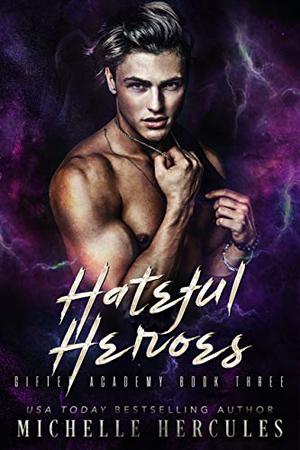 The impossible has happened. I became the thing that I’ve hated my entire life. Thanks to Bryce’s gift, I’m now an Idol. But I no longer want to see them all destroyed. Thanks to Bryce, Rufio, Morpheus, and Phoenix, the four powerful Idols I’ve fallen in love with, I realize I can’t blame an entire race for the evil doings of a minority.

Being an Idol doesn’t make my existence easier, though. On the contrary, thanks to the rare gift I’ve developed, I’m now wanted dead or alive. Some want to use me as weapon; others want me gone forever.

We’re living in dangerous times, and the only Idols I can trust are my boyfriends. But we need allies because war is coming and we can’t fight in it alone.
more
Bookmark Rate Book
Amazon Other stores
As an Amazon Associate bookstream.io earns from qualifying purchases

All books by Michelle Hercules  ❯