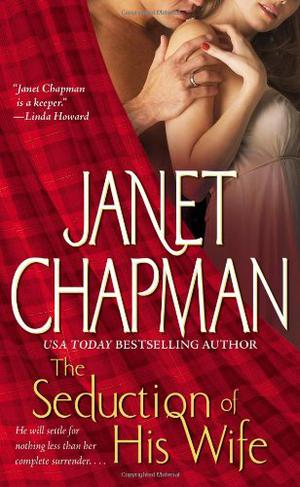 The Seduction of His Wife (Logger #1)

Alex Knight is dead -- or so everyone thinks. A widowed logger baron with a risk-taking streak, he took on a South American engineering project and was reported dead after a rebel attack. So when he turns up back in Maine very much alive, his grieving family is shocked. But the biggest shock is Alex's, when he discovers he's now married -- to a woman he's never met.

Sarah Banks is ready for a change from running a quiet Bed & Breakfast, and working for the Knight family offers not only a bigger opportunity, but also the family life she yearns for. So she's glad to help secure custody of Alex's orphaned children, whom she's come to love, by marrying their father by proxy before he's legally declared dead. But when Alex returns, the sexy, determined woodsman upends all of Sarah's plans. Because suddenly she's married to a passionate stranger with an easy smile...and tumbling headlong into a fiery dance of seduction.
more
Bookmark Rate Book
Amazon Other stores
As an Amazon Associate bookstream.io earns from qualifying purchases

Similar books to 'The Seduction of His Wife'

More books like 'The Seduction of His Wife'   ❯

All books by Janet Chapman  ❯

Buy 'The Seduction of His Wife' from the following stores: