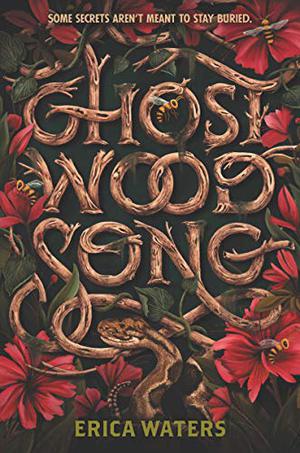 Sawkill Girls meets Beautiful Creatures in this lush and eerie debut, where the boundary between reality and nightmares is as thin as the veil between the living and the dead.

If I could have a fiddle made of Daddy’s bones, I’d play it. I’d learn all the secrets he kept.

Shady Grove inherited her father’s ability to call ghosts from the grave with his fiddle, but she also knows the fiddle’s tunes bring nothing but trouble and darkness.

But when her brother is accused of murder, she can’t let the dead keep their secrets.

In order to clear his name, she’s going to have to make those ghosts sing.

Family secrets, a gorgeously resonant LGBTQ love triangle, and just the right amount of creepiness make this young adult debut a haunting and hopeful story about facing everything that haunts us in the dark.
more
Bookmark Rate Book
Amazon Other stores
As an Amazon Associate bookstream.io earns from qualifying purchases