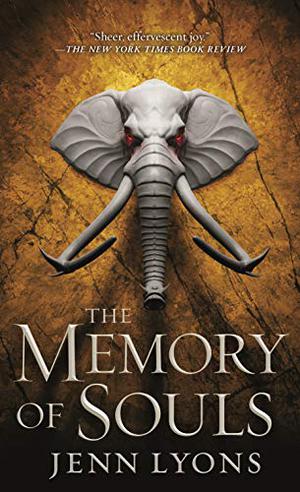 The Memory of Souls (A Chorus of Dragons #3)

The Memory of Souls is the third epic fantasy in Jenn Lyons’ Chorus of Dragons series.

THE LONGER HE LIVES
THE MORE DANGEROUS HE BECOMES

Now that Relos Var’s plans have been revealed and demons are free to rampage across the empire, the fulfillment of the ancient prophecies—and the end of the world—is closer than ever.

To buy time for humanity, Kihrin needs to convince the king of the Manol vané to perform an ancient ritual which will strip the entire race of their immortality, but it’s a ritual which certain vané will do anything to prevent. Including assassinating the messengers.

Worse, Kihrin must come to terms with the horrifying possibility that his connection to the king of demons, Vol Karoth, is growing steadily in strength.

How can he hope to save anyone when he might turn out to be the greatest threat of them all?
more
Bookmark Rate Book
Amazon Other stores
As an Amazon Associate bookstream.io earns from qualifying purchases

The 'A Chorus of Dragons' series

Similar books to 'The Memory of Souls'

All books by Jenn Lyons  ❯

Buy 'The Memory of Souls' from the following stores: