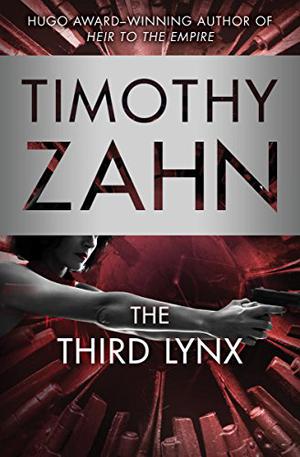 Former government agent Frank Compton foiled a plot to enslave the galaxy in Night Train to Rigel. But the Modhri, an ancient telepathically linked intelligence, has walkers, unwilling hosts that can be anywhere, anything…and anyone. And Compton is the only man who knows how to fight them, as they wage a secret war against the galactic civilizations linked by the Quadrail, the only means of intra-galactic transit.

Accompanied by Bayta, a woman with strange ties to the robot-like Spiders who run the Quadrail, and dogged by special agent Morse who suspects him of murder, Compton races the Modhri from station to station to acquire a set of valuable sculptures from a long-dead civilization. What the Modhri wants with them is anybody's guess, but if Compton can't outwit it, the whole galaxy will find out the hard way.
more
Bookmark Rate Book
Amazon Other stores
As an Amazon Associate bookstream.io earns from qualifying purchases

Similar books to 'The Third Lynx'

All books by Timothy Zahn  ❯

Buy 'The Third Lynx' from the following stores: