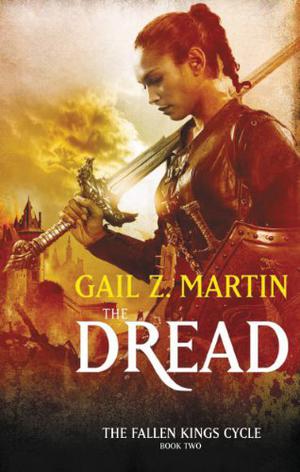 War has come to the Winter Kingdoms. The Dread will rise. Kings will fall.

Summoner-King Tris Drayke takes what remains of his army north for a war he is ill-prepared to fight, as reports from spies confirm Tris's worst fear. A new threat rises across the sea: a dark summoner who intends to make the most of the Winter Kingdoms's weakness.

In Isencroft, Kiara's father is assassinated and she will now have no choice except to return and claim the crown. But she must leave behind her husband and their infant son to face the dark power that threatens her rule.

THE DREAD is the epic conclusion to the Fallen Kings Cycle.
more
Bookmark Rate Book
Amazon Other stores
As an Amazon Associate bookstream.io earns from qualifying purchases

Similar books to 'The Dread'

Buy 'The Dread' from the following stores: