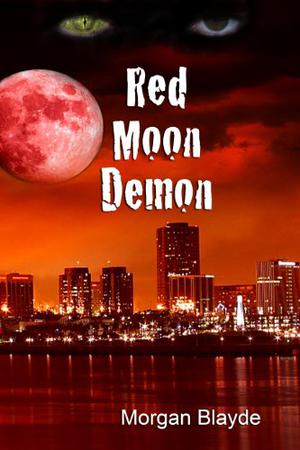 Because sometimes you have to fight fire with hellfire, there's Caine Deathwalker: raised as a demon, armed like a gun merchant, and fuelled by booze. Nice is a dirty word and killing is what he does best. Make a contract with hell, and he could be on your side, God help you. Caine signs onto guarding the beautiful daughter of a leading Japanese industrialist. Protecting is harder than indiscriminate murder and mayhem, but gold is gold, and the prize of a mystic demon sword is dangled over his head as added incentive. Haruka will make an interesting bonus if he can get her out of her kimono-and the damn living zombies will leave them alone long enough for him to bang her. A powerful succubus is playing cat to Caine's mouse, but he has a cat of his own; a black leopard spirit beast from the Amazon jungle that's taken a liking to him-and his booze. And then there's his "father," an ancient Atlantean demon with a code of honor. Formidable back-up, but Caine senses a greater threat lurking in the shadows, something primal, hungry, and possibly more evil than himself. He shakes his head. Nah, couldn't be. This book is intended for mature audiences.
more
Bookmark Rate Book
Amazon Other stores
As an Amazon Associate bookstream.io earns from qualifying purchases

All books by Morgan Blayde  ❯