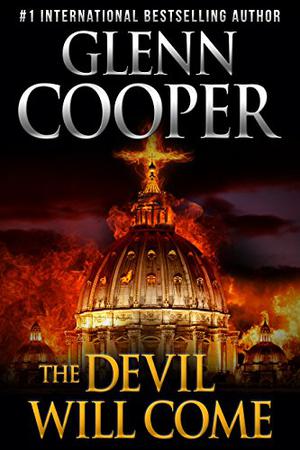 The Devil Will Come

New from the internationally bestselling thriller writer Glenn Cooper, whose books have sold more then 6 million copies worldwide, comes The Devil Will Come.

The stars move still, time runs, the clock will strike,
The Devil will come, and Faustus must be damned.

These enigmatic lines from Christopher Marlowe’s play Doctor Faustus may hold the key to a shocking, centuries-old truth in the thrilling new novel by internationally best-selling author Glenn Cooper.

Elisabetta Celestino, a brilliant young archaeologist at work in Rome’s ancient catacombs, has discovered a unique pattern of astrological symbols on an underground wall. She feels sure that evidence of a previously unknown pre-Christian sect lies in an adjacent chamber where the untombed skeletons bear a strange anomaly, and is devastated when the Vatican refuses to support her excavation project.

Ten years later, a cave-in damages the vault, and a shocking discovery is made. Following a violent and traumatic event, Elisabetta has left has left archaeology behind for the serenity of prayer and teaching, but the young nun unexpectedly finds herself in a race to solve the secret of the catacomb and prevent an apocalyptic event that threatens not only the Vatican but the future of mankind.

Moving between present-day Europe, 1st-century Rome, and Elizabethan England, The Devil Will Come is an exhilarating tale of a battle between good and evil that has been fought in the shadows through the centuries and across continents—and that both sides are willing to kill to keep secret.
more
Bookmark Rate Book
Amazon Other stores
As an Amazon Associate bookstream.io earns from qualifying purchases

Similar books to 'The Devil Will Come'

All books by Glenn Cooper  ❯

Buy 'The Devil Will Come' from the following stores: