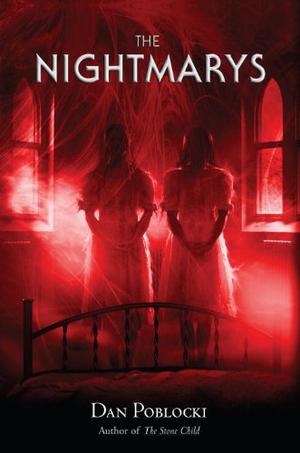 Timothy July has been having nightmares. About his brother, who is in a coma after being wounded in Iraq; about his best friend, Stuart, who is behaving like a jerk; about the old biology specimens in jars lining the walls of his classroom; and about Abigail, the new girl who seems to be a magnet for trouble. Or perhaps she is the cause.

Suddenly Timothy’s nightmares are coming true. His brother, his face decaying, approaches Timothy on the street. Stuart ends up in the hospital, terrified that monsters are stalking him. And the specimen jars are tormenting not only Timothy but his teacher as well.

What is the secret in Abigail’s past that is the key to these horrors? And can Timothy figure it out before his nightmares become a deadly reality?

A follow-up to the well-received Stone Child, Dan Poblocki’s second novel will have his readers mesmerized until the last page—and sleeping with the lights on.
more
Bookmark Rate Book
Amazon Other stores
As an Amazon Associate bookstream.io earns from qualifying purchases

Similar books to 'The Nightmarys'

All books by Dan Poblocki  ❯

Buy 'The Nightmarys' from the following stores: