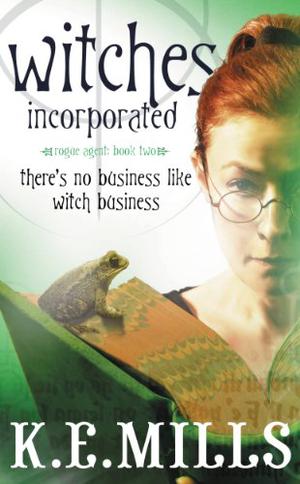 It's a case of espionage, skullduggery and serious unpleasantness

And it's also Gerald's first official government assignment. He's hunting down a deadly saboteur, and time is quickly running out. Old enemies and new combine forces to thwart him. Once again, innocent lives are on the line. He needs his friends. He can't do this alone.

But Princess Melissande and Reg have troubles of their own. With the help of Monk Markham's brilliant, beautiful sister, they've opened a one-stop-shop witching locum agency, where magical problems are solved for a price. Problem is, the girls are struggling to keep the business afloat. Things are looking grim for Witches Incorporated -- and that's before they accidentally cross paths with Gerald's saboteur.

Suddenly everybody's lives are on the line and Gerald realizes, too late, that there's a reason government agents aren't supposed to have friends . . .

Witches Incorperated is the second novel in the Rogue Agent trilogy, from one of fantasy's newest stars.
more
Bookmark Rate Book
Amazon Other stores
As an Amazon Associate bookstream.io earns from qualifying purchases